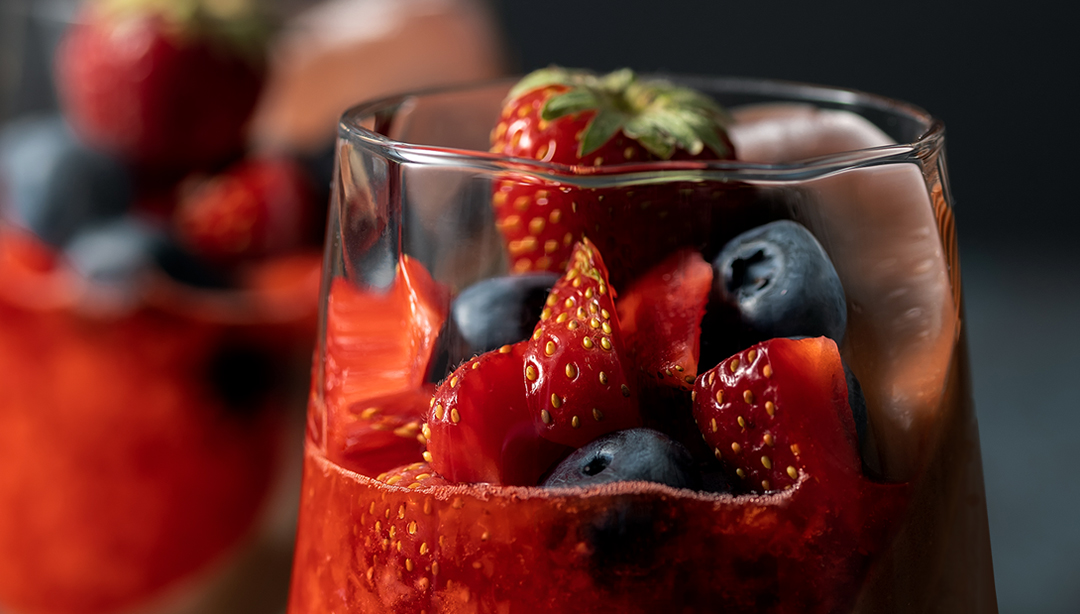 Add the lime juice, vanilla sugar, and berries to a saucepan and stir until well blended.

Add the cinnamon stick and heat on the stove over medium heat until the mixture begins to bubble and thicken. Set aside too cool.

In a separate saucepan, melt the chocolate with 1/3 up of the cream.

Add the butter and sugar and mix until well blended. Add the vanilla, cinnamon stick and set aside too cool for ten minutes. Once it has cooled, remove the cinnamon stick.

1.Pour the chocolate mixture into a bowl. Slowly drizzle in the rest of the cream while stirring to incorporate.

2. Once the mixture is well blended, pour into serving bowls and place in the fridge for at least three hours.

3. When ready to serve, remove the cinnamon stick from the fruit sauce and pour the sauce over the mousse.